Olive oil, the ingredient that drives the Movistar Team to eat the 2016 season 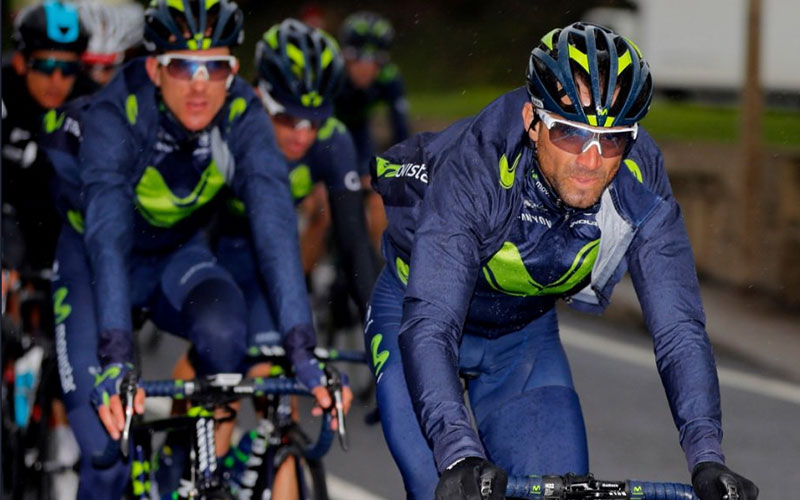 The Navarran company INNOLIVA is the official supplier of the cycling team, which was presented this week in Madrid

The Colombian Nairo Quintana and the Spaniard Alejandro Valverde lead the workforce of 27 riders who this year make up the Movistar Team, whose main objectives are to take the Giro d’Italia, the Tour de France, the Olympic Games in Rio and the Tour of Spain. Innoliva, as the official supplier of the equipment, will ensure its performance thanks to a diet based on its Extra Virgin Olive Oil.

Caring for an athlete’s diet is essential to ensure high performance and the Mediterranean Diet, with olive oil at the head, is one of the keys to this. Thanks to it, it controls blood pressure, hypercholesterolemia, weight and even delays cognitive deterioration, among others. In addition, it is proven that its health benefits are even more significant when combined with exercise.

Olive oil, the undisputed king of this diet, is also a valuable natural anti-inflammatory. Because of its high content of oleocanthal, the ‘liquid gold’ consists of an anti-inflammatory power that could help reduce pain associated with the joints and muscles. In fact, several investigations have concluded that people who regularly consume olive oil have fewer ailments than those who do not. The experts discovered that 50 grams of Extra Virgin Olive Oil was equivalent to one tenth of a dose of the classic ibuprofen.

The Extra Virgin Olive Oil of Innoliva will once again be the basis of the Movistar Team’s diet, since the company will supply all the necessary products so that it does not miss any of their meals. In the 2015 season, the cycling team consumed about 600 liters of Innoliva oil.